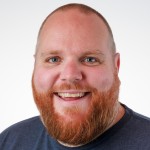 Last week I had an amazing time attending and speaking(!) at Serverlessconf NYC!

It all started when I saw a RFC (Request for Content) flying by on Twitter. I worked on a cool serverless project last year for one of my clients, and figured why not send it in, and see what happens. This was somewhere in Q1 of 2017. I haven’t spoken for a larger public audience in a couple of years, so this was about to get interesting.

Then a whole lot of time, nothing happened. I actually forgot all about it, went on vacation, came back, and then I suddenly received an email with a weird subject:

I was like, ah, they finally finished the process and are telling me I wasn’t selected. But no, no, no. To my great surprise:

Hi Sander, I have great news for you! Your talk has been accepted. In a few weeks we’ll send an official confirmation email but I wanted to let you know now :)

My first reaction was shock and horror, and after a few minutes. OH WOW THIS IS SO FREAKIN’ COOL!!

This felt like a huge opportunity and I really wanted to make this into a great talk. The schedule got changed around a little, but I was scheduled to speak at the second day of the conference, somewhere after lunch.

I got a budget for booking my hotel and flights, but as travel and stay in NYC are quite expensive, I blew completely through this budget in no time at all. I chipped in on the hotel myself because I wanted to attend the conference anyway (and come on, this is NYC!).

The conference was from 8-11 October. I arrived on the 7th and returned on the 12th.

I started about a month in advance. I was a bit nervous, so I wanted to have my slides prepared early, so I really could figure out the best flow of my slides. Also: I requested the specifications for the presentations, which in this case was 16:9).

The first thing I did, was to write down all the (technical) interesting things from the project. Then I started working out what would be the best flow of the slides. And started preparing my slides. I really like to use gifs in my slides, so I had some fun going over giphy.com for the best ones 😎 Then I tweaked and tweaked and tweaked. In the week before the conference, I did a test run of my talk at one of the Sentia offices to some colleagues. I also recorded the whole thing, so I could watch it back. This is a really good way to see where you slip up, what works, and what doesn’t. It’ll show you things that you never saw or noticed before. It’s really valuable, and easy to do.

October 8th was Hackathon day. I just love hackatons. Not the weekend long ones (I’m over 30 with kids, that doesn’t work anymore 😅). But the one day ones where you can work together with other people on something fun, and try to finish something at the end of the day, is very rewarding.

I brought one of my raspberry pi zero’s from my junkbox. My idea was to build a webcam, which you can hang by your door. It will recognize who is at the door, and speak out loud “Sander is at the door”, and perhaps post to Slack a picture and notification, depending on how much time we would have left.

A couple of people joined me (Bogdan, Yasu and James. We came up with a cool name for the project: “Knock, Knock” (still love the name).

We also found a neat little robot we wanted to use.

We threw in an AWS iot button for the doorbell, and a button which notifies the user where the door is (we targetted blind/deaf people). Whenever the doorbell was pressed, a snapshot would be taken, uploaded to S3, lambda would trigger and recognize if someone familiar was in the picture, and if so, speak out the name on the raspberry pi, and blink a led (for deaf people).

We all got that done in about 9 hours of time, which was a ton of fun. And we even won a price! Prize for highest number of #serverlessconf technologies goes to Knock Knock thanks to @verizon pic.twitter.com/fXiUeMJVjR

The second day was workshop day. I didn’t go in for any workshops, instead I opted to work on my presentation, and talk to some of the other speakers and get some feedback on my slides. We had some very cool and interesting discussions about the current state of Serverless, and what it would entail for the future. Also: tools!

Through the other speakers I met some more speakers and other people from the field, which was a good networking oppertunity. But most of all just so much fun to talk about Serverless for a couple of full days, which doesn’t happen that often in the day-to-day life.

I got some great feedback on my slides, and decided to remove some parts. We only had 30 minutes for our talk, and I was concerned I might run out of time.

Oh, and the view was a-ma-zing…

Workplace with a view ❤️

In the evening all the speakers were invited for the speakers dinner. There was a lot of mingling and talking to more speakers (and sponsors). Oh, and beer. Ofcourse. We also got some input about where we should be and at what times.

A lot of interesting talks, some confirming what I already though was going to be “the next big thing” in the Serverless movement.

The big eye opener was that a lot of people were talking about tools, tools to develop, deploy, setup and architect serverless setups. Which was a very cool way of looking at the movement. Last year it was all about the projects, this year it seems we’re moving ahead as a whole and focussing on tools.

An interesting approach was by the guys from 0Auth, where they use functions as extensions for their application. Instead of using a webhook (call this url whenever X happens), you can input code directly. The application will execute your custom code whenever X happens. Very neat.

The talk by Tim -Lambda- Wagner was interesting as well, looking at different design patterns, and how this maps to lambda/serverless implementations. The link to Lisp was made.

I skipped the talks talking about being “cloud agnostic”, as I think it doesn’t make any sense from a practical point of view, but that is a discussion for a different time.

We started off with two excellent keynotes, “Devops in a Serverless World” and “Why the Fuss About Serverless?”. You should definitely watch the video for the last one. It makes total sense. Anyway, we (the Serverless people), are a tribe now, buckle up for the ride, this is going to get messy 😎

Of course I watched the “Serverless and Software Craftsmanship” talk by my buddy Florian, in which he showed how the only right way, is to automate all the things (I absolutely agree), and where he launched theserverlessway.com and the companion tools.

Also, we need to use bash more.

Then I got called up backstage, to get mic-ed up and get nervous 😅

Backstage was a really interesting experience. I’ve been backstage in the past (when I was still playing drums in a band), and this was totally the same experience. The venue was at New World Stages, which from the outside, looks like a very small shop. But everything is underground, where there are 4 (or 5?) large stages. I got to speak at the big one. Backstage was a neat experience, with a seating area, some coffee/drinks and lots of theater stuff laying around. That’s when I found out that Avenue-Q is from there as well! Lots of muppets lying around, and the stage manager itself was at work as well.

That’s when I also found out, that all the people working backstage where not theater people. But actual developers from A Cloud Guru! They were so amazingly professional, I never would have guessed that this was just a side thing for them. Hats off to those guys, they rock!

The talk itself went really well. Florian introduced me and I got on stage, about 100-150 people in the audience, did my talk, I was nervous, but only the good kind. Time went crazy fast and before I knew it, I was already done with 5 minutes left to spare. Which was good, because I got some solid and technical questions after that.

All in all, it was a great experience, and I definitely want to pick up speaking again in the future.

So that happened 😄👌🏻🤘🏻#serverlessconf

Lots of cheers and thanks to the awesome people at Serverlessconf and A Cloud Guru for hosting the show, and having me on.

Thanks to all the people that helped out and gave feedback on my slides: Florian, Paul, Dimitri, Dennis and all the other people that joined in and listened to me.

And a huge thanks to Peter and his team for creating this awesome conference!